Every frequent traveller has experienced at least one long flight delay, which may have caused him or her serious trouble and inconvenience.

To some, a delayed or cancelled flight may mean fewer hours of vacating, but to others, it may be missing an important meeting, an event you were looking forward to or even the last hours in the life of a loved one.

In order to protect travellers and respect their rights, the European Union has established the EU Regulation 261/2004. The regulation specifies what airlines should do in order to ensure that a person receives all the attention and care in case of a delayed, cancelled, overbooked or downgraded flight and other similar cases.

If you have been in such a situation, this article will help you to figure out easily if you qualify to ask for compensation. If yes, how much the airline owes you and how you can claim compensation.

The EU Regulation 261/2004 establishes minimum rights for passengers when they are denied boarding against their will, their flight is cancelled, or their flight is delayed.

Every passenger has the right to claim compensation if the air carrier did not inform them on time for the delay.

Which Flights do Fall Under the EU Regulation?

As the EU Regulation applies only to flights that are in one way or another connected to the EU, only the passengers of the following flights can make a compensation claim:

Who Is Entitled to Flight Delay Compensation?

Every person whose flight, which falls under the EU Regulation, was delayed for more than three hours has the right to claim compensation.

If your flight has recently been delayed, you will have the right to ask the air carrier for the compensation if you have a confirmed reservation on the flight concerned and one of the following applies to you:

How Much Can I Claim in Compensation for my Delayed Flight? 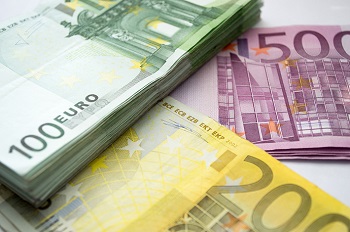 The compensation for a flight delay ranges between €250 and €600 per passenger. How much you will be compensated depends on the distance of the journey, as follows:

Note that the reimbursement shall be paid in cash, by electronic bank transfer, bank orders or bank cheques or, with your signed agreement, in travel vouchers and/or other services.

Tools to Help You Claim for Flight Delay Compensation

Use this online eligibility checker, to see if you qualify for flight delay compensation.

How to Make a Compensation Claim for a Delayed Flight?

If you believe that, you are entitled to a flight delay compensation you will need to claim it. No one will compensate you if you do not ask for it. You have several options on how to make a compensation claim, depending on how you see it as reasonable.

Following we have explained each of these options, and at what stage of your claim you should consider using each.

Complain to the Airline

This is the first step everyone must take. You cannot jump to the second, third or last option without trying out this one. If complaining to the airline does not work out, then you can try any of the others.

In order to complain to the airline responsible for your long flight delay, flight cancellation or downgrading, you should fill in the “AIR PASSENGER RIGHTS-EU COMPLAINT FORM”.

The form should be completed in capital letters. It contains the following questions, all of which you must answer:

The form gives you the definition of ‘long delay’, ‘cancellation’, ‘denied boarding’ and ‘downgrading. You will have to tick the one that applies to you.

You also have four YES or NO questions:

After you complete the form, you will need to print it and sign it. You can send it to the airline by mail, but you are highly recommended to scan it and email it. In both cases, keep a copy of the complaint form for yourself. In case the air carrier refuses to take your complaint into account, you’ll need the form for further steps.

Once you submit the complaint form to the airline, you should wait for their reply. If they fail to get back to you within two months, or you are not satisfied with their reply, you can move on to the next phase of the flight compensation claim.

In such a case, you should send your complaint to the National Enforcement Body in the Member State where the incident took place. Email them the complaint you sent to the airline previously, and explain what happened: the airline did not respond, or you believe their response is unjust.

The national authority will then provide you with a non-binding legal opinion on how to proceed with your claim.

Note that in case the incident happened at an airport of departure outside the EU, you should contact the national enforcement body in the Member State of flight destination.

After the air carrier fails to respond to you, or you are not satisfied with their response, if you are an EU national you have other options on how to proceed with your complaint.

You can try to resolve your dispute through:

If none of the above works for you, or you want to go to court immediately after the airline refuses to compensate you, you can do so by using the European Small Claims procedure.

You can submit the compensation claim at a competent court at:

To complete the Small Claims Procedure you should fill in form A and add any documents that can support your claim, as receipts or invoices.

Once the court receives your claim, they will assess it. If any necessary information is missing, they will ask you to complete form B.

For the European Small Claims procedure, you will need to pay a court fee. The fee will be reimbursed if your case is successful.

What Are ‘Extraordinary Circumstances’ for Flight Delay?

Yet, while some air carriers may list technical problems as a reason for not compensating you, they are not considered extraordinary circumstances, as the maintenance of the plane is the airline’s obligation.  Therefore, the carrier would not have fulfilled its responsibilities if a mechanical problem prevents a flight from departing on time.

Airline’s Obligations Towards You

The airline has several obligations towards you in case of a delayed flight, and they should fully respect that. It includes providing you with:

When is the best time to submit my delayed compensation claim?

File a compensation claim as soon as you can. If possible, contact the airline on the same day of the delay. The earlier, the better.

How far back can I claim for delayed flights?

The EU countries have different rules on how far one can claim compensation, as the regulation does not provide an EU-wide limitation period.

The time limit, in which you can claim compensation depending on the origin of the airline, is as follows:

Can the airline turn down my flight delay compensation claim?

Yes, the airline can turn down your claim. In particular, if the flight has been delayed due to extraordinary circumstances. If you believe your claim has been unjustly rejected, then you can continue with any of the other procedures explained above.

Can I get flight delay compensation for my baby?

It depends. The EU regulation clearly states that all passengers are entitled to compensation in case of a flight is delayed more than three hours. However, it also explains that passengers travelling free of charge are not entitled to ask for such compensation.

As some airlines permit parents to take babies with them free of charge, if this is your case, then you cannot claim compensation for your baby. If you paid for your baby’s seat, even if it was a reduced price, you can then ask for compensation.

My flight left on time, but we reached the destination over 3 hours late. Does that classify as a flight delay?

Yes, that classifies as a flight delay. According to the EU, when calculating the delay, the time the destination country was reached should be taken into account.

We left the departure country 3 hours late but reached the destination country less than 3 hours late. Can I claim compensation?

Some airlines always give themselves several minutes more than needed when calculating the arrival time. Therefore, it totally makes sense that you can leave late but arrive on time, in many cases.

My air carrier placed me in a class lower than that for which the ticket was purchased. Am I entitled to compensation?

Yes, you are. Within seven days, the airline is obliged to reimburse you 30 % of the price of the ticket for all flights of 1500 kilometre’s or less.

In addition, 75 % of the price of the ticket should be reimbursed for all flights not falling under the first two cases.

Do I have any right if miss a connecting flight?

Yes, if you miss a connecting flight as a part of a single reservation, due to a delay of 3 or more hours, you can claim financial compensation.

We were travelling as a group, and our flight got delayed. Should we ask for compensation one for all or one for each member?

You should ask for compensation for each member of the group.

If you are waiting for your flight and the airline staff tells you the flight may be delayed, you should start paying attention immediately. Even though the delay might be only 20 minutes or less, it is always better to be attentive.

Here are some ultimate tips for passengers of delayed flights, regulated by the EU law on air passengers:

A series of strikes of the cabin crew union of the German airline Lufthansa, the longest of which lasted three days from November 6 to November 9 in 2019, had caused hundreds of thousands of passengers to lose their flights. Two years after, though these passengers are entitled to compensation according to the EU laws on air passengers rights, they have still not received it.

European Union has accused Italy of violating EU rules by not offering refunds for trips cancelled during the Coronavirus emergency.

The European Commission announced on July 2 that it would start infringement procedures toward ten EU Member States for violating EU law on passenger rights by offering airline vouchers instead of refunds during the COVID-19 pandemic.